How to be Assertive: Learn Standing Up for Yourself

Assertiveness is a skill that can be learned, and it is a communication that can help an individual express his or her thoughts, feelings, views, opinions, etc., without being inhibited or aggressive or without disregarding the thoughts, feelings, views, opinions, and ideas of others. The term assertiveness was introduced by Andrew Salter in 1949. Being assertive can help you in both personal as well as professional life. If you are an assertive person, it is likely that you are better able to cope with anger, stress, and other demanding circumstances.

So who is an assertive individual and how is he different from a nonassertive individual? To understand this we have to consider the behavior styles of people in relation to others along a continuum (Dennis Jaffe, 1984), where passive and aggressive behavior lie at each end of the continuum and assertive behavior is right in middle of the two. Passive individuals are too scared to express their thoughts and feelings. Such persons are often shy and surrender to the demands of others in order to feel accepted, especially they find it difficult to say ‘no’. Passive style of behavior is used by people with codependent personality. On the other hand, an aggressive individual often tries to intimidate others and try to gain control of their thoughts, needs, and feelings. Such individuals have complete disregard of others’ feelings. This type of behavior style is often employed by individuals who display Type A behaviors. Now comes assertive style of behavior, which is the preferable style where an individual is able to express his or her thoughts and feelings and protect his or her rights without belittling others’. Such people are more open, considerate, and are tolerant of the feelings of others; also, they have high self-esteem and confidence level.

Assertiveness recognizes that there are legitimate personal rights, which have been described by various therapists and include the following:

Not every individual is born assertive. We are often less than assertive in our conduct towards certain people especially of higher authority, such as parents and bosses. However, not being assertive can also occur when we deal with someone by whom we feel intimidated. These can be people of opposite sex, individuals who are perceived as more attractive than us, and every unfamiliar person. Since assertiveness is a skill it can be learned and with repeated practice it can become part of our personality. Following techniques help a great deal in developing assertiveness: 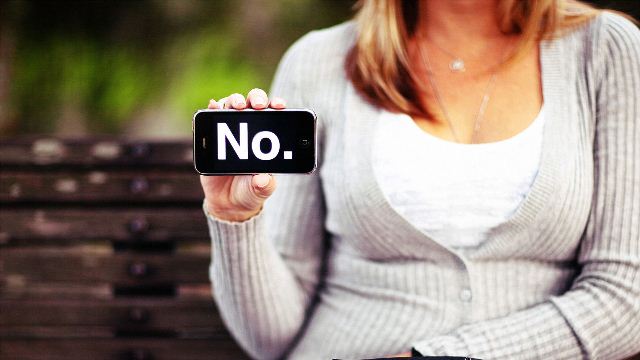 Learn to say ‘No’: Saying ‘no’ is perhaps the most difficult thing to do for some individuals so much so that they put other people’s need before their own. Saying ‘no’ is sometimes considered rude, which is a misconception. Saying ‘yes’ when it is impossible for you to say so can lead to feelings of bitterness and victimization. That is why being able to say ‘no’ when you don’t feel like saying ‘yes’ is a critical attribute if you want to be assertive in life. Equally important is to learn saying ‘no’ without letting the feeling of guilt creep in. Understand and accept your limits and don’t feel bad about them. In case of personal obligations, try to diplomatically refuse your help at that particular instant.

Learn to use ‘I’ statements: Being assertive means being able to express one’s feelings and emotions by using ‘I’ statements. Learn to own your thoughts, feelings, opinions, ideas etc. Also, using ‘I’ statements doesn’t make the other person defensive because ‘I’ seems less accusatory. For example, “you are wrong” seems more attacking than “I disagree.”

Use eye contact: Assertive people are comfortable maintaining eye contact while interacting or expressing their thoughts to others. Lack of eye contact makes a person appear as having less conviction in what he or she is saying. It also indicates dishonesty and insecurity. Start using eye-contact while interacting with a short time interval of about 1-2 seconds and then progress up to 8-10 seconds period. But, beware! just as lack of eye contact indicates lack of confidence continuous staring is often taken as violation of personal space. So try to avoid staring at people.

Improve body language: Being assertive without appropriate body language sends mixed message to the other person. The way you carry your body plays an important role. It is important to have an erect posture with body weight equally distributed between both legs along with good eye contact and tone of voice. The center of gravity should be directly above the feet.

Be open to criticism: Learn to accept criticism positively. You can disagree with the criticism and have the right to convey your difference of opinion but you must do it without getting angry or defensive. Take negative feedback as an opportunity to learn something new or improve yourself.

Disagree peacefully: This skill is employed when one has to express a differing view and want it to be acknowledged too. When ideas and opinions are expressed peacefully so that different viewpoints can be analyzed properly during a conflict or during the process of decision making, such disagreements are considered as healthy disagreements. Being able to remain comfortable during a confrontation is the hallmark of assertiveness.

Practice: Like any other skill, assertiveness too requires practice, a lot of practice, in fact. Stand in front of a mirror and imagine different scenarios where being assertive would be beneficial, and practice your response. Work on your body language, your tone of voice, eye contact, and communication. Use assertive communication like ‘I’ statements, and ‘No’ statements. And remember to start small. At first, try assertiveness skills in situations where the risk is low and then gradually apply them to tougher situations where the stakes are high. For instance, before applying those in work place with your boss, try them out first with your friends or spouse. Evaluate the results so that you can improve your skills. Remember it takes time and practice to learn a new skill whether it’s playing a guitar, or badminton or developing assertiveness.