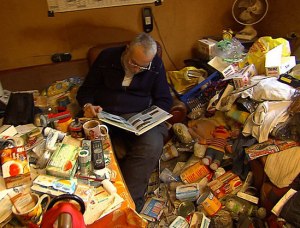 Diogenes syndrome, also known as senile squalor syndrome, is a behavioral disorder that affects older adults. It is characterized by extreme self-neglect, poor personal hygiene, severe domestic squalor, excessive hoarding of trash, and social withdrawal. It occurs in both men and women.

The syndrome is named after Diogenes, the ancient Greek philosopher who showed ‘contempt for social organization’ and ‘lack of shame.’ People with this syndrome also show a lack of shame. They are often unaware that anything is wrong with the conditions they are living in and remain unconscious of their self-neglecting behavior. They usually live alone and may also displays symptoms of catatonia. 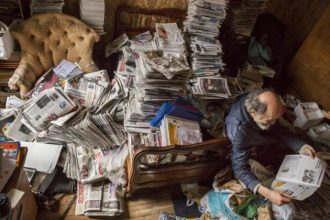 Diogenes syndrome is often linked to mental illnesses, such as dementia, schizophrenia, obsessive-compulsive disorder (OCD), depression, and addiction. Research suggests that it is most common among people with average intelligence, who are over 60 years, and are living alone.