Pica is a term that refers to cravings for substances that are largely non-nutritive or rather non-foods, such as hair, paper, ice, glue soil, stones, drywall or paint, sharp objects, metal, glass, chalk, etc. The word pica is derived from the Latin word for the bird magpie that feeds on whatever it encounters.

According to the current estimate of the Handbook of Clinical Child Psychology the prevalence rates of pica range from 4% to 26% among institutionalized populations. Pica is more common among children and pregnant women. People with certain mental health conditions such as schizophrenia and obsessive-compulsive disorder may also develop pica as a coping mechanism. It is usually temporary but is often more severe and long-lasting in people with severe developmental disabilities.

There’s no single cause of this eating disorder. In some cases, it may be related to mental retardation or mental illness, while in others, it may be associated with a deficiency in iron, zinc, or another nutrient resulting from malnutrition. Pica has also been found to be associated with decreased activity of the dopamine system in the brain. Dopamine is a neurotransmitter that aids relaying the transmission of nerve impulses from one neuron to another. Due to this association, some researchers think that there may be a connection between abnormally low levels of dopamine in the brain and the development of pica. However, no specific underlying biochemical disorders have been identified. 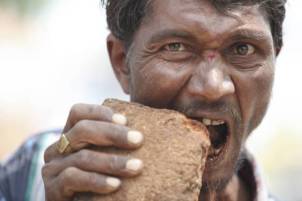 The following four criteria have been posited by Diagnostic and Statistical Manual of Mental Disorders, 5th edition that must be met to diagnose a person with pica:

1. Person must persist in eating non-nutritive non-foods for at least one month.

2. This eating must be considered abnormal for the person’s stage of development.

3. Eating these substances cannot be associated with a cultural practice that is considered normal in the social context of that person.

4. For people who currently have a medical condition such as pregnancy or a mental disorder like autism spectrum disorder, the action of eating non-nutritive non-foods should only be considered pica if it is dangerous and requires extra medical investigation or treatment on top of what they are already receiving for their pre-existing condition.