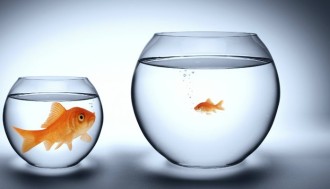 The concept of BIG-FISH-LITTLE-POND was first observed by Australian educational psychologist Herbert W. Marsh and colleague. The effect was published in an article in the Journal of Personality and Social Psychology in 1984. The findings were substantiated in a survey of 4,000 15-year-olds, carried out in 26 countries by Marsh and associate. The findings were published in the Journal of American Psychologist in 2003.

The big-fish-little-pond effect refers to the propensity of equally able schoolchildren to show lower academic self-esteem when attending a school in which the average ability level of other children is high than when it is low. The phenomenon is believed to be the outcome of social comparison processes, and it means that children who attend academically selective schools have a low level of academic self-esteem as compared to when they attend academically non-selective schools.

According to the theory, children who study in higher-achieving schools compare themselves with their peers and consider themselves less capable, while equally performing students in lower-achieving settings have more confidence. The effect is evident across all subjects, be it math or science or history, and at all levels of education. Students from both low-income and high-income background exhibit it. And countries all around the world see it.

Researchers have observed that when you are a “big fish” (high-achieving student) in a “little pond” (lower-achieving school), you have a more positive academic self-concept. Conversely, when equally talented students (little fish) are in high-achieving environments (big pond), they compare themselves with their peers and conclude that they don’t measure up.