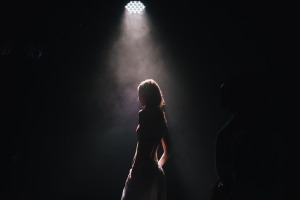 The Spotlight Effect is a cognitive bias that makes people believe that others notice them more than they actually do. In other words, spotlight phenomenon makes people overestimate the extent to which others notice, observe, or judge them and the extent to which others remember things about them. It is, in some cases, the major reason behind people getting self-conscious in a large gathering and sometimes, becomes the cause of social anxiety. It is found to be more prevalent among teenagers, who spent plenty of time thinking about how others will perceive them. The cause of the spotlight effect is the innate tendency to forget that even though one is the center of one’s own world, he or she is not the center of everyone else’s. The term was coined by Thomas Gilovich and Kenneth Savitsky. The phenomenon first appeared in the journal Current Directions in Psychological Science in 1999.