“Throwing balls to your dog teaches obsessive behaviors and will cause permanent damage to their bones and joints.”

That was the last straw.

Loki, my pandemic pup, is involved in a lot of dog sports. He is a natural at FastCAT racing, we do Rally obedience, he’s training to be a therapy dog, and he can do dozens of silly pet tricks. My social media feeds are filled with posts about dogs. Most of them tell me what an awful pet owner I am.

And the one that just pushed me over the edge—throwing balls to my dog will cause him irreparable harm.

Why Does Social Media Feed Fear?

I was recently interviewed by the Washington Post about parenting. Specifically, several experts, including myself, were asked about “sittervising.” Yes, it’s just what it sounds like—watching your child while sitting down instead of playing with them or obsessively following them around the playground. In other words, letting them play.

All the experts said, “Yup, good thing. Kids need some space.” The author of the piece, myself, and seemingly all of the commenters’ reaction to this new parenting trend was the same: “Well, duh.”

Yet “sittervising” hit several major newspapers and has been trending on Instagram and TikTok since August. Why?

The answer is clicks. The same reason that my feed is filled with scary warnings that perfectly normal things sensible dog owners do are dangerous.

The Stranger the Better

Think about these three headlines:

Headline 1 is something you probably know—it doesn’t make you curious and it isn’t worrying, so you’re unlikely to seek more information.

Headline 2 is worrying, but not really surprising. I might click to see what they mean by “too many.” (I was surprised to read that my dog’s favorite liver treats are only supposed to be given a few at a time, several times a day. Oops.). A post on common human foods poisonous to dogs—chocolate, grapes—is more likely to get clicks.

Second, it made me anxious. My dog runs over to me every afternoon, ball in mouth, ears up, looking hopefully at the door. When we get to the park, he is there, poised, ready, and eager to run. He’ll happily play catch for an hour. Is he obsessed? Is this compulsive behavior? Is this bad for him?

Third, and this is the key to the reason we see so many posts like this, throwing balls to dogs is something lots of people do. The more common the behavior—in other words, the more innocuous and seemingly safe it is—the more people are likely to click on the article. Why? Because it’s relevant to us.

If the headline read, “Dying your dog’s fur can lead to unnecessary vet bills,” most of the people who clicked would be people who dye their dogs’ fur or those considering it. That’s not a lot of folks in the world of clicks.

But if the headline read “Can bagging dog poop make you sick?” (The answer is no, by the way. Cleaning up dog feces reduces the likelihood of illness for both people and pets.) I’d click on that.

Since most responsible dog owners pick up dog waste, no one wants to get sick, and it’s kind of yucky, a post asking whether something you do several times a day is potentially dangerous is likely to be a popular post.

Parenting articles are similarly anxiety-producing. The sittervising piece was typical. It tells parents they should have been worried about letting their children play alone in their own home while they did other activities like watching TV, reading, or cooking dinner. I find it hard to believe that any parent has not engaged in sittervising.

This makes it a perfect clickable piece. It is relevant to many parents. It is anxiety-producing. And it annoys us, because we are being criticized for doing a common sense, safe, and normal behavior. Interestingly, the sittervising trend tells us that we probably were guilty for doing something that the article and experts say we should never have been guilty about. And that most of us were not guilty about.

Many parenting articles are like that. Does your child use social media? (Over 98% of U.S. adolescents do.). Worry! And find out why to worry.

Look at your own feed. Is it feeding your anxiety? 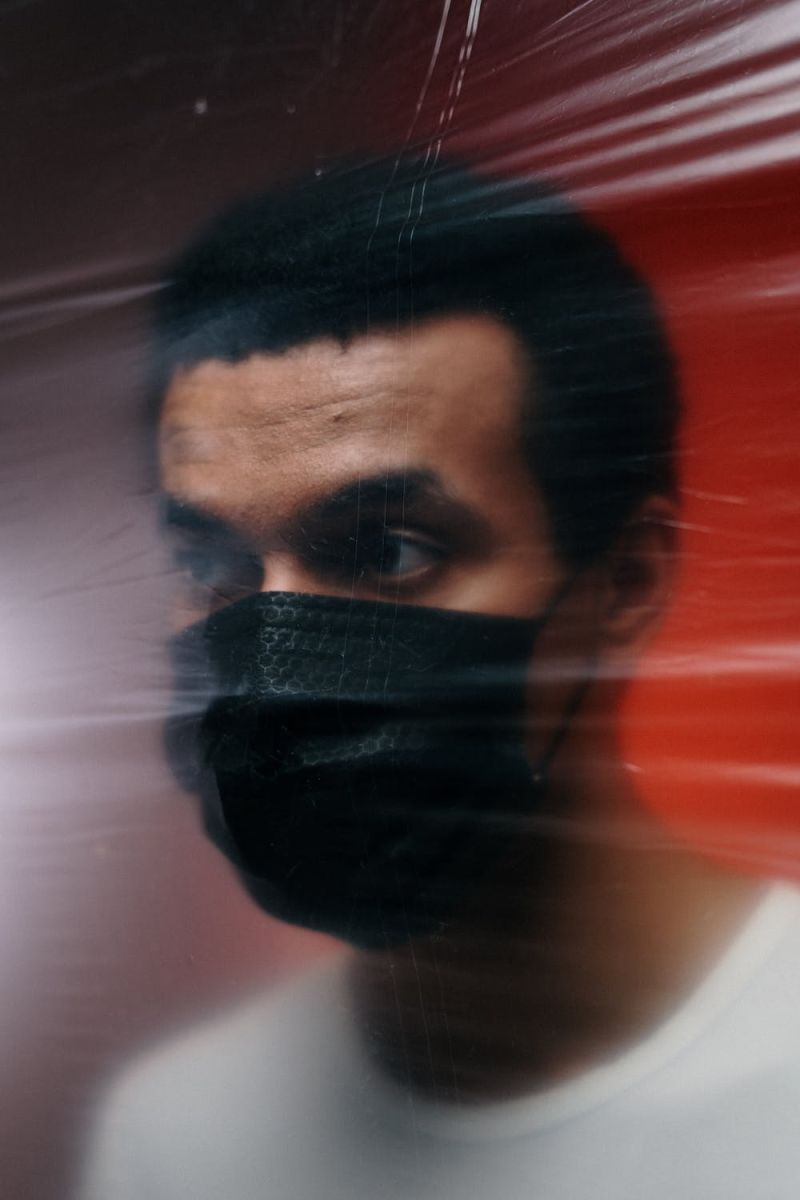 For children and adolescents, staying at home may not be so bad; they get to play more video games, read more books or indulge in whatever activity they always craved when they used to be in school. But I’m sure some adolescents are also feeling depressed as they cannot gather in their social cliques as frequently as they used to. There’s no doubt that social distancing is increasing the rate of depression worldwide.

The studies made on athletic and non/athletic people, have consistently demonstrated that physically active people remain healthier and are able to perform better on tests of cerebral or intellectual ability. Some studies even indicate that the results are sharp and immediate – even a quick 5-minute walk can yield immediate results. Most studies show that […]

via Does Sport Enhance Your Academics? — Human Performance Psychology 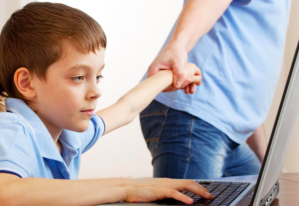 More and more children these days are battling digital addiction. They are being exposed to electronic devices at much younger ages, and we often watch them spending hours gazing at cell-phone/tablet or computer screens. According to experts, digital addiction is as potent as meth and can have alarming effects on children. It is extremely important to apply moderation, when it comes to screens or screen-time and we as parents must teach our children how to use them in a healthy way.

According to Dr Dimitri A. Christakis, Director, Center for Child Health, Behavior and Development, Seattle Children’s Research Institute and professor of pediatrics at the University of Washington, children use the devices along a continuum which ranges from healthy to compulsive to addictive. “I think the phenomenon of tech addiction is quite real,” he said.

In the commentary published in JAMA, Dr Christakis suggested that the relationship between media exposure and health in adolescents might turn out to follow an “inverted U” pattern. Thus, very high exposure and very low exposure might both be associated with poorer mental health outcomes than moderate amounts of usage.

However, though technology-use is as powerful as drugs, it is not analogous to drug use at all because these devices serve important purposes in our lives, including children’s. We as well as children need technology to do the day-to-day chores and stay connected but it is pertinent, given its adverse effects, to find healthy ways to use it adequately before its takes over.

Dr Ellen Selkie, an assistant professor of adolescent medicine at the University of Michigan, who does research on adolescents’ use of social media, said, “It’s like food, it’s something we all need because of the way businesses run, because of the job market—and for teens it’s the way they socialize.”

According to Dr Selkie, there is evidence that supports limitations on the absolute amount of screen time with younger children but the situation is more complicated, with older children. This is because, it is not that simple to make out whether a teen who is always on the phone, is there due to addiction or because that is where his friends are. It is normal for a teen to always want to be talking to his or her friends rather than the family.

However, just like other aspects of life that contribute to our overall well-being, it requires daily decisions on the user’s part to keep his or her technology-usage within healthy limits. Saying that one should altogether bring it down to zero is neither sensible nor acceptable given the benefits technology provides; however, we can certainly curb before we become its slaves instead of masters.

Dr Jenny Radesky, an assistant professor of developmental behavioral pediatrics at the University of Michigan and an expert on technology use by children, equates technology to “an environment.” It is a place where all sorts of activities take place, from work to entertainment to social life. However, she cautions that it is a deliberately designed and engineered environment, with an ultimate goal of making money. “Modern technologies is purposefully habit-forming and programmed with the sort of variable rewards that keep humans engaged.” she adds. It is important to not fall prey to it because it can potentially impact our healthiness in a negative way.

Dr Radesky also emphasizes that rather than the concerned individual, or the so-called addict, the problem lies with the digital environment which is shaping the individual’s behavior, often through methods that are intentionally exploitative or subconscious.

Therefore, it is essential for children to understand the way technology works for or against them. Parents can play a significant role in imparting and demystifying information and making their children more digitally literate.

While researchers often talk about the difficulty they experience in trying to understand and quantify children’s use of devices, Dr Christakis in his commentary, points out how while the required information is routinely—and efficiently—gathered by the industry and applied to increase the charm of the devices and the programs, people in academia and research are struggling to get the data needed to put together coherent and extensive guidelines for parents and policymakers. Dr Christakis, thus, suggests that an increased cooperation between industry and researchers might help in setting up those guidelines.

According to Dr Selkie, there are ways for tech companies and even game designers to be more thoughtful about children and to discourage problematic internet use.

In the meanwhile, parents should do their part and start with asking their children to put down their cell-phones while dinner or on family outings and gradually proceed to setting limits on per day screen-time. Parents themselves should also be mindful of their own use of devices and set good examples for their children.

Also read:
8 Ways to Prevent and Address Your Child’s Addiction to Smart Devices
The 4 Personal Traits That Make It Hard to Take Criticism
Study Explains Why People Lie
Why Children Lie and What Parents Can Do to Prevent It

A recent study published in Addiction has suggested that children and adolescents with higher levels of anxiety may be at a greater risk of developing alcohol problems.

Researchers of Tobacco and Alcohol Research Group at University of Bristol, U.K., conducted a study to explore whether early anxiety is linked to later alcohol use and alcohol use disorders.

The link between anxiety and alcohol use had been investigated in the past too but nothing conclusive could be found. While some studies showed higher anxiety linked to greater alcohol use, others demonstrated anxiety related to lower alcohol use, or not associated at all.

On review, it was found that 46 studies comprised males and females; four had an all-male sample; while one had an all-female sample. The sample size of the studies ranged from 110 to 11,157 participants. The age of anxiety exposure ranged from 3 to 24 years, and alcohol outcome age ranged from 11 to 42 years.

Although some evidence of a link between child- and adolescent-anxiety and later alcohol use disorders had been found, associations of anxiety with later drinking frequency, quantity, and binge drinking were more inconsistent, the researchers reported.

Maddy Dyer, a Ph.D. student in the School of Psychological Science’s Tobacco and Alcohol Research Group and lead author of the study said, “Our findings indicate that young people with higher anxiety may have a greater risk of developing alcohol problems.”

According to the researchers, still further research needs to be undertaken to understand why there are differences in associations for alcohol consumption levels versus problematic use, and to ascertain which individuals with anxiety develop alcohol problems. This could bring marked improvements in personalized interventions.