Psychopaths exert a strange allure. The fictional psychopath has been a staple of film and television for decades, and the popularity of true-crime podcasts and streaming-service documentary series suggests that our fascination with psychopathy is on the increase.

A curiosity about the psychological precursors of manipulative or violent behavior can be laudable: If we understand psychopathy we will be better able to address its negative consequences. However, interest in psychopaths often appears to be motivated less by a desire to learn than by a desire for the psychopaths themselves.

Why do we find psychopaths so interesting and, in some cases, attractive?

According to new research, it shouldn’t be surprising. A pair of psychologists from Ontario, Canada have suggested that psychopathy may, in fact, be a tactic for attracting sexual partners.

Fake It Till You Make It

Kristopher Brazil of Brock University and Adelle Forth of Carleton University point out that success in relationships is influenced by a person’s attractiveness. A person is judged more attractive if they possess qualities in demand within their pool of potential partners. These qualities can include physical appearance, but also sincerity, honesty, success, and access to resources such as money. People who do not possess these qualities are at a disadvantage in the mating market. Brazil and Forth hypothesize that psychopaths may be motivated to fake attractive qualities in an effort to secure access to partners who would otherwise not be interested.

This hypothesis is bolstered by past research indicating that people high in psychopathy tend to be egocentric, promiscuous, and sexually opportunistic; to be more willing to lie and cheat; and to exhibit a superficial charm and an ability to inhibit emotional “leakage” (giving away one’s true feelings).

To test their theory, Brazil and Forth recruited around 50 young men from a Canadian university. Each man was introduced to a female volunteer (actually a confederate of the researchers). The pair was prompted to discuss what each liked to do on a first date or what they thought was important in a relationship. The conversations were video recorded. Afterward, the men completed a psychopathy survey.

An independent group of around 100 women viewed these videos and rated each man on his desirability as a dating partner. The women were also asked to imagine that each man had expressed a desire to meet up with them, and to record a voicemail for him to arrange a date. Of course, these voicemails were never delivered to the men. Instead, the scientists analyzed the voice for pitch.

Brazil and Forth found that men who scored higher on the psychopathy questionnaire were rated more desirable by women. But why were the psychopaths more attractive? It’s possible they were physically more alluring that the men who scored lower on psychopathy. That’s why the psychologists statistically controlled for the physical attractiveness of the men. Even after discounting the effect of appearance, more psychopathic men were more desirable, which suggests that their greater appeal stems from their non-verbal behavior.

Brazil and Forth also expected that women would raise the pitch of their voices when recording voicemails for men higher in psychopathy, because previous research has indicated that women increase the frequency of their voice pitch (whether consciously or unconsciously) when conversing with attractive men. This hypothesis was not supported, although exploratory analyses suggested that women’s vocal changes might depend on a man’s pattern of psychopathic traits. Women tended to increase the pitch of their voices when recording a message for a man higher in the affective component of psychopathy (shallow emotions, callousness, lack of concern for others) and to lower their pitch in response to men higher in the antisocial component (disregard for authority, poor anger controls). It seems that not all psychopaths are equal, nor equally attractive.

Although it is unlikely that psychopathy is a tactic in the sense that it is a consciously enacted plan—people who exhibit psychopathic tendencies are not able to shed or adopt personality traits at will—Brazil and Forth conclude that their results “suggest that psychopathy in men may enable them to ‘enact’ the desirable qualities women prefer in social and dating encounters.”

It should be noted that psychopathy is a spectrum and that the type of psychopath who ends up as the subject of a Netflix true-crime series is an extreme example. The allure of the everyday garden-variety psychopath of the sort one might find studying at a Canadian university, for instance, may not be all that surprising, especially if such men are are able to simulate a marginally more appealing personality than that which comes naturally.

Brazil and Forth are also at pains to point out that their study only speaks to a possible evolutionary function of psychopathy, but does not seek to excuse or justify the negative behavior of psychopaths. 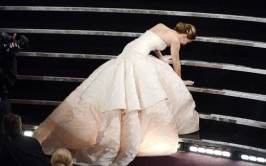 Originally defined by Elliot Aronson, the PRATFALL EFFECT is a phenomenon in Social Psychology that states that an individual’s perceived likability increases or decreases after he or she makes a mistake, depending on that individual’s perceived competence. Thus, when brilliant people err, they appear more attractive or likable as compared to those who don’t commit any or are “perfect” in every sense. On the other hand, a person who is perceived average in terms of competencies would be considered less attractive and likable after committing the mistake.

This means that while the likability of an individual whom people admire or really look up to increases after he or she makes a mistake, the reputation or attractiveness of a perceived average individual would be adversely affected by it. 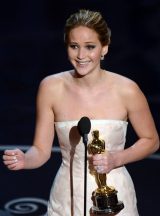 Pratfall effect occurs because perfection appears threatening to most people and they find it hard to associate with others who are highly competent, perhaps more so than themselves. Imperfect or flawed individuals, on the other hand, seem approachable and a lot less intimidating. Since competent people making mistakes appear more human, they seem to be more attractive and likable.