The last couple of decades have borne witness to an exponential rise in the prevalence of autism. Less severe cases often become apparent at a later age; that is, at a time when behaviors needed for the confirmation of diagnosis are manifested. In this way, a cohort of less severe cases, manifesting at an older […]

via The rubber band of autism diagnosis — Cortical Chauvinism

Beware the downfalls of hubris if you want others to like you.

Optimism is generally considered one of the most desirable psychological qualities. We like to be with optimists more than we like to be with pessimists, and we believe that optimism is generally a more successful life strategy. Being a “cockeyed optimist” (in the words of the famous “South Pacific” song) means that you’ll be better able to cope with whatever challenges come your way. To Leuven University’s Vera Hoorens and colleagues (2016), however, being an optimist can come at a price: It may make you look naïve, and you may be in for disappointment when your sunny predictions fail to materialize.

There’s another trap involved with optimism, and it occurs when you fall prey to the hubris hypothesis. As noted by the Belgian team, the hubris hypothesis involves comparing yourself favorably and explicitly with other people. This leads others to believe that you hold disparaging attitudes toward them, because you’re letting them know that you think of yourself as superior. It’s a particular form of pride in which the claims you make about your own worth come at the expense of acknowledging that of other people. The example used by Hoorens et al. contrasts the statement “I am a better friend than others” with “I am a good friend.” When you make the comparative statement with others, you’re showing an explicit form of hubris. When you simply state what a good friend you are, the claim of superiority is implicit, and it’s no harm, no foul to everyone who hears you make that claim.

When optimism involves a similar comparative spin, it’s likely to trigger the same reaction as explicit hubris. If you think the odds of something bad happening to you are lower than the odds of something bad happening to others, according to this view, you’re invoking the hubris hypothesis. Why should you be so immune to misfortune? What makes you so much luckier than the people around you? When it comes to something favorable, why should you be so much more likely than your competitors to get a job for which you’ve applied? In terms of absolute optimism, you can think that you’re qualified for the job. If you’re using comparative optimism, though, you believe you’re more qualified than everyone else, and therefore, you should get the job — and of course, they shouldn’t.

In the two experiments conducted by Hoorens and her team, participants rated the warmth and competence of claimants (people making claims about themselves) expressed in either absolute or comparative terms.

In the first experiment, the researchers presented three scenarios depicting individuals who were either optimistic or pessimistic about living to be old, finding romantic happiness, and experiencing happy family relationships. Absolute optimism was represented by having the claimant project optimism for him or herself without comparison to other students; comparative optimists projected having more positive outcomes than would the average other student. Participants then rated the claimants on five traits reflecting warmth (forgiving, helpful, honest, loving, polite) and five reflecting competence (ambitious, cheerful, competent, independent, intellectual). They also rated how much they would want to be around these individuals. In the second experiment, the claimants also indicated whether they would have more favorable outcomes not just compared to the average other student, but compared to the participant him or herself.

People rated the comparative optimists less warmly than the absolute optimists, and as a result, didn’t want to affiliate with them. The second experiment, with its added feature of having relative optimists believe they were better off than the participants, provided the full test of the hubris hypothesis, because the sunny outcomes expected by the claimants came at the expense of the participants themselves.

The authors concluded, therefore, that “optimism loses some of its appeal when it is expressed in a comparative than an absolute manner and that it does so because comparative expressions of optimism suggest that the claimant views the observers’ future gloomily” (p. 9).

Ironically, most people do prefer to see themselves as “better” than the average person which, of course, is an impossibility. What happens with the hubris hypothesis is that we don’t like it when someone else openly expresses that viewpoint. It’s fine to think you’re luckier, happier, or more likable than everyone else, but if you happen to voice this assessment, you’ll end up facing the exact opposite outcome.

One reason we don’t like hearing others brag in relative terms about their qualities is that, as the Belgian team notes, we’re always processing information about other people through the somewhat egocentric eyes of our own self-images. If your best friend’s mother is constantly trying to show how much better a cook she is than everyone else, you won’t go over there for dinner, no matter how good the food actually is. Her tendency to self-promote puts your own mother, or perhaps you, in the position of seeming inferior. For her part, she won’t see how much she’s offended you and will be puzzled when you turn down invitations that seem so well-intentioned.

In summary, we know that bragging is the kind of behavior that most of us would rather avoid being exposed to. These studies on comparative optimism show, further, that it’s the hubris expressed at the expense of others that make that bragging so objectionable. Optimism is certainly one well-known path to fulfillment. As long as you can express it without casting aspersions on the possible fates of others, you’ll be able to make full use of its advantages.

Teenagers are notorious for throwing away their parents’ advice like yesterday’s news, but there are a few tactics you can use to work your lessons into their lives. We have three secrets that will make your teenagers actually listen to your advice.

There are many theories and models available to inform us what makes a good marriage. Many talk about trust, honesty, faithfulness and effective communication skills. All of these factors are relevant and are essential elements of a good relationship. . . 614 more words

Many people become way too worried about not being in a relationship. They believe that if they hit a certain age, their chances of finding someone meaningful goes down. What they are experiencing is the perceived pressure that society puts on them. The reality is that if you believe wholeheartedly that you will meet someone significant, then it shall be done for you.

via Not Being In A Relationship — DSM (Defeating Stigma Mindfully)

Research studies demonstrated that brain health may ultimately be associated with obesity. Scientists also reported that obesity affects the overall size and function of the brain, as well as specifically altering certain neuronal circuits… 46 more words

Even just one night of sleep loss could lead to epigenetic changes that tweak our metabolism and regulation of gene expression, a new study suggests. Researchers at Uppsala University found that one night without sleep was linked to alteration of the human epigenome, weight gain, and the loss of lean muscle mass. Previous research has shown that skipping sleep […]

via One Night Without Sleep Could Trigger Epigenetic Changes and Weight Gain — Dr. Eddy Bettermann MD

A mantra is a word or phrase repeated again and again, normally during meditation. But don’t worry, we won’t be doing any yoga, drum beating, chanting or dancing in the streets today. However, please feel free – if this floats your boat. Mantras can be a sound (like “OM” – we’re not going to use this) […]

1. Love sought is good, but given unsought, is better.

2. The most important thing in life is to learn how to give out love, and to let it come in.

4. At the touch of love everyone becomes a poet.

5. The supreme happiness of life is the conviction that we are loved—loved for ourselves, or rather, loved in spite of ourselves.

6. We are shaped and fashioned by what we love.

7. The excesses of love soon pass, but its insufficiencies torment us forever.

8. The way to love anything is to realize that it may be lost.

9. Love is of all passions the strongest, for it attacks simultaneously the head, the heart and the senses.

11. If I had a flower for every time I thought of you… I could walk through my garden forever.

12. The greatest healing therapy is friendship and love.

Modern research has taught us a lot about what keeps people in love — and what makes them fall out of love.

There are dozens of research that teach us a lot about what keeps people in love. Many of them point to the importance of work and effort. Successful relationships emerge when two people invest in their relationship — over time their love becomes stronger, more exciting, and full of fresh emotions and feelings.

via ASMR: The Holistic Route to Self-Mastery — HUMAN PERFORMANCE PSYCHOLOGY 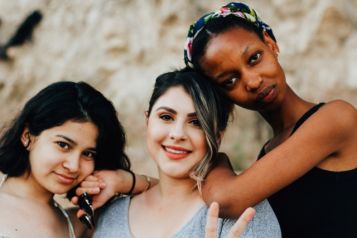 via Relationships For Creative, Sensitive, Intuitive, Analytical Overthinkers — Where Do You Start? — Your Rainforest Mind

Very often codependents attract a certain type. Used to giving and sacrificing, they naturally tend towards partners who like to take and receive anything that is on offer. 750 more words

Sadness In The Shadows

Depression is like an invisible dark cloud that hovers in the stratosphere, looming all around us and ready to attack when in our weakest states of mind. The invisibility of depression can be observed through the actions of those affected: avolition, abulia, apathy, anhedonia and more. Sadness in the shadows is much more common than you would think.

via The Invisibility Of Depression — DSM (Defeating Stigma Mindfully)

There are many addictive drugs, and treatments for specific drugs can differ. Treatment also varies depending on the characteristics of the patient. Problems associated with an individual’s drug addiction can vary significantly. People who are addicted to drugs come from all walks of life. Many suffer from mental health, occupational, health, or social problems that […]