Why Children Lie and What Parents Can Do to Prevent It 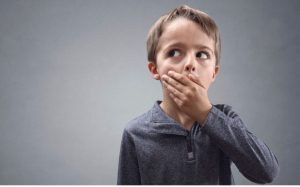 Although morally incorrect, but lying is pretty common among growing kids. In fact, children start lying as early as at the age of three and it is fairly normal. After all, lying is common among adults too. Lying could rather be a sign of healthy brain development, as lying involves cognitive ability to imagine a scenario and consequences. In the early years, child’s lies are easy to catch but as children grow, they become better at lying. However, as a parent it is your duty to develop moral values in your child. Honesty is one such value, but when your child starts lying, you become worried whether you have failed to inculcate positive values in him or her or if your child will grow up to become an expert liar. Don’t worry! The situation is not that grim, and you can easily help your child leave the habit of lying. But before that you need to understand why your child lies. Lying, just like any other behavior, is learned and goal-driven. If you can find the reason why your child lies, you can easily handle the situation. As mentioned above, lying is quite normal and common, but if you don’t address the issue on time, it will surely become a severe behavioral problem.

There could be many reasons why a child lies. Depending on the age of the child, some of the common reasons why a child might be lying are discussed below. Although the list of causes is not exhaustive, it certainly provides a broad background and may be used as a guide for dealing with a child’s habit of lying: 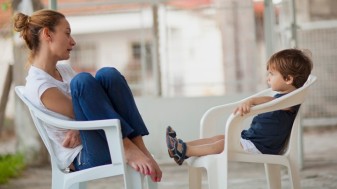 Very small children can lie as a consequence of their developing cognitive skills, and lying is a new skill that they try. Such lies can be translated as wishful thinking, making imaginary friend, or making up stories. These are fundamentally the result of child’s newly acquired mental skills and observation of others. When you read your child bedtime stories, you are helping your child expand his or her cognitive abilities like imagination, thinking, etc. So when your 3-4 year old child tells you about his or her imaginary friend, it is not actually lying. Rather, your child is applying his or her newly acquired mental abilities.

Children start lying as a result of observing their adults lying. Remember! A growing child is like a sponge, he/she absorbs what he/she gets to see. Just like other behaviors, lying is also learned by observing others. Therefore, the responsibility to provide them with a positive role model lies on you too.

As mentioned earlier, lying is also goal-driven. So, in order to find out the reason behind your child’s lying, you need to identify, what your child is trying to achieve from lying. In most cases, children often lie in an attempt to avoid aversive consequences.

Many parents complain that that they have used all sorts of measures to control lying and that they have never encouraged lying, but all in vain. However, what they fail to recognize is how they react or what sort of response they give out when their child tells them an unpleasant truth. Your reaction determines to a great extent your child’s behavior in terms of lying. That is why it is often told that parents should never overreact when their child shares something with them, no matter how outrageous or against the value system of their family that issue is.

Opposite of the above is when a child tells a lie to get something he/she desires. This happens, when parents adopt only a reward-based system for the child. So if you are also among those parents, it is important to acknowledge simultaneously the power of internal motivation as well.

In some instances, children, especially teenagers, lie in order to avoid attention. This is the reason why most teenagers with depression or anxiety go unidentified. In an attempt to avoid being overwhelmed by attention of their parents, they often hide their emotional turmoil by lying about it.

Many children lie in order to compensate for their shortcomings and sometimes. Often, the ones who lack self-confidence or want to impress others exaggerate stuff. This type of lying is manifested in bragging. They may tell their friends about how big their house is or how many cars they have in order to impress them.

Last but not the least, children may lie to avoid hurting others’ feelings or to make others happy. They fear that their truth will hurt the feelings of others and so they lie. This type of lying is fairly common among adults as well. We often refrain from giving honest feedback to our friends and loved ones because we fear that it will hurt their feelings and that is the reason we sometimes give fake positive feedback instead.

Now that we have covered the basic reasons behind lying, it’s time to focus on how to deal with your child’s lying. Here are a few techniques that can help you encourage honesty in your children and prevent them from lying:

1. Set an example: You are your child’s first role model, and children learn by observing. If they see you lying on occasions and to others, they will definitely catch the habit of lying. Moreover, if you also lie, you will not be able to object to your child’s lies. So make it a point to never lie in front of your child. And if a situation comes where you have to lie, don’t forget to explain the reason why you lied. Alternatively, you can even admit to committing the mistake and be sorry for it. By doing this you will make your child understand that mistakes happen, and that they do not stop us from improving ourselves. After all, we are all humans, and to err is human.

2. Consider the age: Take in to consideration the age of your child. Children below four often engage in making up stories, which cannot be considered as lies. They are part of growing up. In such instances, encourage your child’s imagination without encouraging the lying.

3. Start early: Lying or its opposite, i.e., telling the truth, are all part of a child’s growing up. Virtues like honesty should be inculcated in your child, as early as possible. Make some rules for your family, where lying is discouraged and honesty is encouraged. With small kids, this can be accomplished through story telling. And with middle-school kids, this can be encouraged by finding teachable situations where these values and their importance as a part of the value system are discussed. If you succeed in creating an atmosphere where honesty is valued, chances are that your teenage kids will automatically make honesty a part of their own value system. 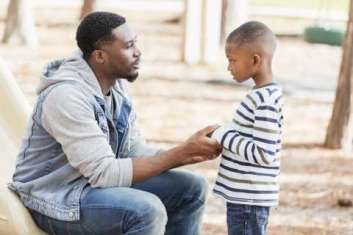 4. Talk: When you catch your child lying, instead of losing your calm and overreacting, have a peaceful talk with your child. Tell him or her how lying affects relationships; how it makes others feel. Tell the child how lying can lead to loss of trust and how honesty on the other hand, helps build relationships that have trust and faith.

6. Encourage honesty: Very often, in an attempt to change or modify a behavior, we forget to encourage the desired behavior. Try focusing on situations where your child is being honest or telling the truth. Praise the honesty effusively. This will automatically lead to repetition of the desired behavior, i.e., honesty.

7. Consequence: If you find that your child is lying, you need to decide the consequences of lying as house rules. Rather than using punishment like reprimand or physical punishment as a means of discouraging lying, take away the privileges (e.g., limit screen time, etc.). You can also use restitution where the child is given a second chance to mend his or her mistake. These rules and consequences should be made clear to the child and should be established early on. At the same time, you can use rewards like star or point system to encourage honesty. This is especially effective if the child is small; gradually shift on praise as reward. 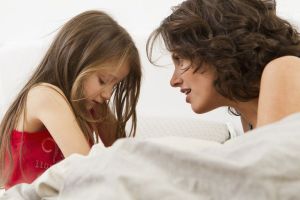 8. Be a safe haven: You as a parent need to convey to your child that he or she can trust you; that the child is unconditionally loved, no matter what. Building a relationship of love and trust requires patience and being open to forgiveness. If your child comes to you and honestly shares something that is shocking to you and if you overreact by shouting or lecturing, then chances are that your child will start lying or will avoid being honest with you in future. Listen calmly and then find appropriate situation to share your opposing views. This will not only encourage better communication between you and your child but will also encourage honesty and acceptance. So make sure to never overreact when your child tells you the truth.

9. Find the cause: And lastly, whenever your child lies or you find out that your child has been lying with friends or teachers, try to look for the reason behind. Chances are that finding the cause will help your find the solution as well.